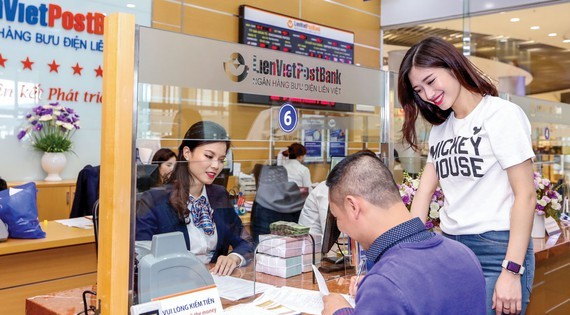 The credit limits of many banks were raised when it was only the first half of the year, but many banks were on the verge of running out of space. According to a half-year business results report, Vietcombank credit increased 9.8%, MB 10.5% and Techcombank 11.2%, compared to the start of the year. Thus, since June, ten banks have proposed an increase in credit growth, namely Techcombank, ACB, Sacombank, MB, VPBank, OCB, VIB, HDBank, Vietcombank and LienVietPostBank.

In early 2021, the State Bank of Vietnam had developed three scenarios for credit growth. The first scenario involved mass vaccination and control of the COVID-19 pandemic, with an increase in credit from 12% to 13%, up to 14%. The second scenario was where the pandemic continued until June, with social distancing measures still in place and the vaccination deadline extended, when credit could drop from 10% to 12%. Scenario three predicted the pandemic until the end of the year, then growth would be 7% to 8%. For the whole of 2021, the State Bank of Vietnam forecasts credit growth of 12%.

However, from the start of the year, banks were very optimistic that the State Bank of Vietnam should relax the target of credit growth. For example, VIB is granted an 8% limit but aims to increase the credit to 31%. VIB executives told shareholders that the SBV-oriented credit growth of 12% for the whole of 2021 is quite flexible depending on the growth of the economy. SBV is always careful when assigning targets for the first time. However, in bank shareholder meetings, most commercial stock banks confidently set credit growth above the set targets.

The State Bank of Vietnam believes that adjusting the credit growth targets for credit institutions ensures consistent principles for achieving monetary policy management goals. The adjustment of credit growth targets is carried out on the basis of demand from credit institutions, assessing the operational situation, financial capacity, management and ability to extend the credit health of each credit institution. Priority is given to credit institutions to implement government policy and State Bank of Vietnam guidance to reduce loan interest rates in order to share the hardships of businesses and individuals. The SBV press release shows that the bank is authorized to expand the line of credit in a healthy category and participate in the lending rate reduction activity.

In fact, at present, the solution to increase the credit limit of commercial banks is the optimal choice to achieve the banking sector’s goal of supporting the economy. As the room for maneuver in monetary policy is currently quite limited, the SBV can no longer reduce the operational interest rate in a context of numerous inflationary pressures. During this time, as a general rule, the less the credit, the higher the interest rate. When commercial banks are on the verge of meeting the goal of credit growth, they cannot accept many loan applications and will be more stringent in screening borrowers. In addition, such a limited line of credit will also increase lending rates, as credit is the primary factor in helping banks meet their profit targets.

The State Bank of Vietnam wants banks to support corporate capital and is forced to open a credit room. This solves many problems such as adding capital to the economy and reducing loan interest rates. The decision to increase the line of credit is also accompanied by a demand for lower lending rates. With the opening of the credit chamber, the SBV has partially solved the problem of interest rates in a context where interest rates on deposits tend to increase with inflation, which leads to many forecasts according to which interest rates will increase in the third and fourth quarters of this year.

The question is whether or not the corporate sector will benefit from this decision. Indeed, the capital needs of companies are still very enormous, but access to capital is not easy. For a long time, management agencies still had to resort to persistent methods, with constant reminders and controls, and to supervise commercial banks to direct capital flows to production and businesses. Currently, many production and trading companies have restructured their debt, but the ability to access new capital will be limited if they do not meet banks’ assessment criteria. Difficulties in accessing capital will multiply in a context where the pandemic has not been completely eliminated and continued efforts affect the operations of most companies.

Therefore, strong credit growth can lead to an influx of capital into other high-risk areas, which do not support the economy. In fact, by 2020, monetary policy had eased but it did not bring much benefit to the manufacturing sector itself, but turned more to the speculative sectors, as shown by an increase in the growth of the country. credit by 12.13% while the GDP only increased by 2.91. %. This is an issue that monetary authorities must pay attention to now and monitor immediately.

Why has my card issuer increased my credit limit?